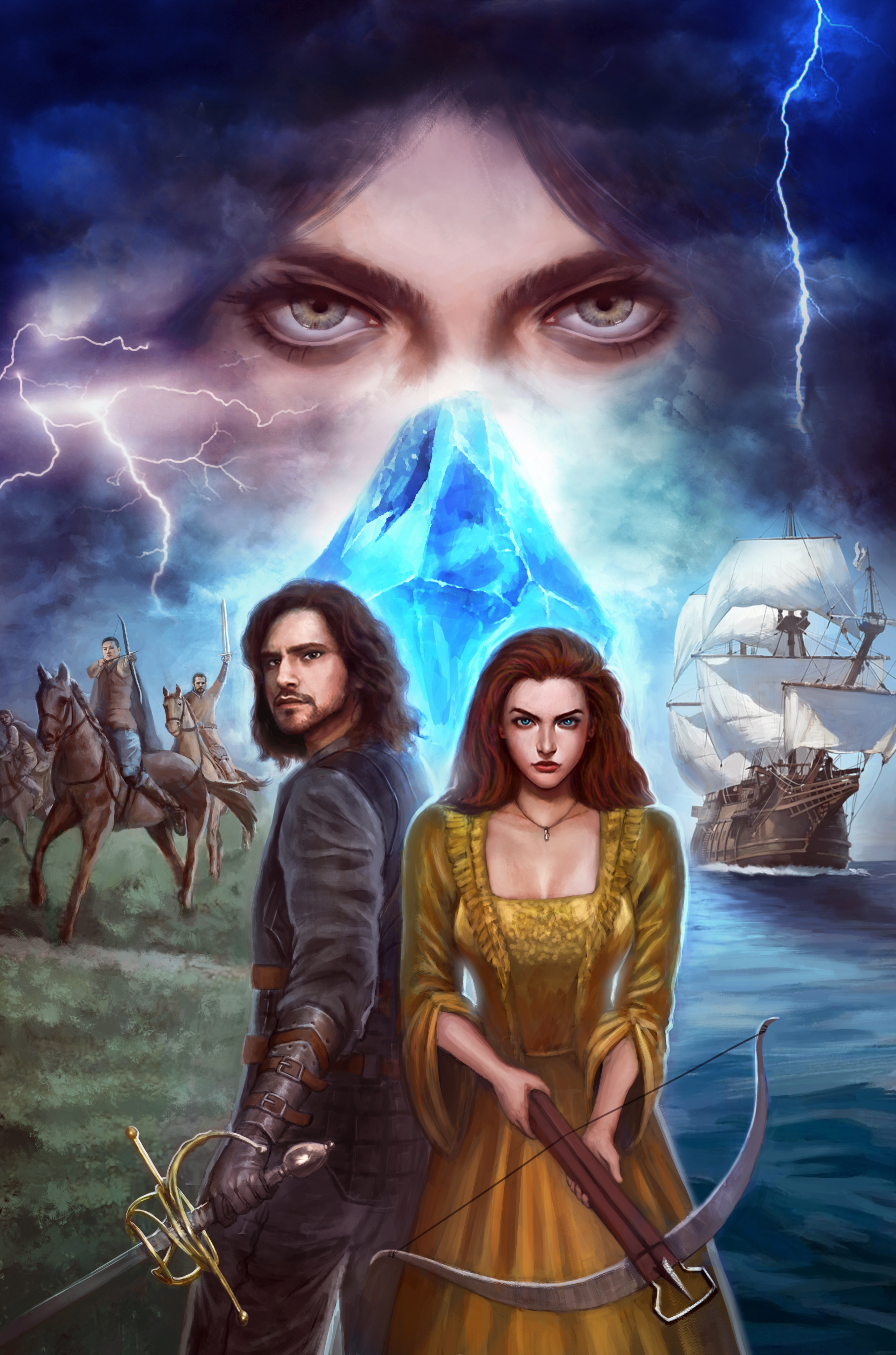 If you’ve come to my blog, you may be interested in my book Legends of Andolin: Adella of the Campos. Let me tell you a bit about it.

I wrote this story for my sister during covid. She had just moved out of state when the pandemic hit and everything was shut down; her birthday was coming up and she’d be spending it in quarantine, as this was just at the beginning of the pandemic. I asked her what she wanted as a present, and she asked me to write a story for her to read. Thus, I began Legends of Andolin.

Legends of Andolin is a fantasy adventure that takes place in an 18th century-inspired world. This is not on Earth, but the culture, setting and dress of the story have the strong rococo influence of the period. I’ve altered some details, such as removing the invention of gunpowder, as well as some products of the Americas, like tobacco, to create a whole different feel for the world. I chose this setting as it’s my favorite period in history and the one I’m most familiar with. With my degree in archaeology, my studies in Early American Lit, and a life-long interest in 18th century re-enactment, this setting felt most natural for me. And, as an avid equestrian, I found this period perfect for its many opportunities to include travels on horseback.

Other works that have influenced this story of course are the usual fantasy greats: Lord of the Rings, The Chronicles of Narnia, the works of Robin Hobb, G. R. R. Martin, Brandon Sanderson; others include classics from my childhood such as Treasure Island, and, in small ways, Moby Dick, which was one of my favorite books as a kid. It left a lasting imprint on me, and I even used to draw my own comics starring Ishmael, Queequeg, and Ahab. There are no whales in LoA; there are, however, sea serpents, which will play a larger role in the following books in the series. Some movies that have influenced the storyline include classic adventure stories such as: Pirates of the Caribbean, Tomb Raider, The Mummy, Master and Commander, and many others. For me, the appeal in books and movies are their ability to take you on an exciting adventure without ever leaving home, and that is what I hope to do in this series.

I wanted this story to feel like a forgotten classic, like a rediscovered childhood favorite. The title and subtitle are purposely old-fashioned, as is the narrative style, which is multi-POV and omniscient. The plot is a classic Macguffin quest; those are my favorites and so I wanted to try my hand at it, but with a fresh cast of lovable characters. It’s my hope that the unique characters make this story stand out.

I include certain mental health representations; Adella is shown having anxiety and panic attacks. This is something I struggle with at times, and so her experiences are based on my own. Kol has nightmares; the nightmares I bestowed upon him are the ones I’ve had all my life, though I change some details to suit the story. It was my intention that these inclusions will feel like a natural part of the story and characters, as I believe more people experience these things than not.

The world of Mundil that I created is water-based; I’ve always wondered what it would be like if the center of our world were water, and what sorts of creatures might live deep within if that were the case. In my imagining, it would be a haven for aquatic prehistoric reptiles that might have given rise to stories of sea dragons, such as the elasmosaurus and the liopleurodon, or giant squid that inspired the kraken.

Adella of the Campos introduces the characters and sets up the background for the plot of the series. Questions are left unanswered, one large one in particular that I hope the readers will pick up on: is the Heart of the World really safely stored away in that box in the Capital? You’ll find out soon, as the second book is nearly finished, though it will still need much editing. I hope you follow along as the story unfolds.